Though it was still early for our train, we left Costa and started back to the station.

We passed through this attractive shopping arcade, called simply The Arcade and dated 1905. 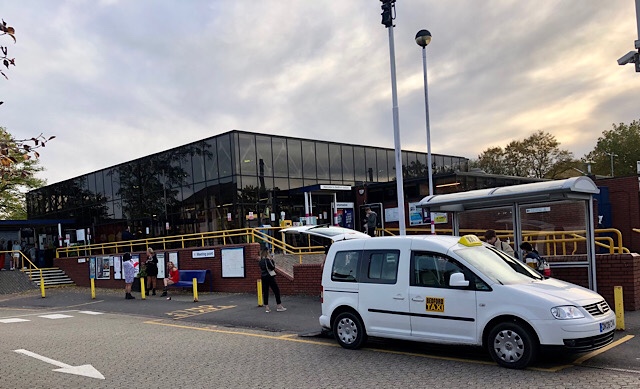 Bedford Station will not win any prizes for beauty but it does at least serve its purpose. The station originally opened in 1859 but the current building dates from 1978.

On reaching the platform, we had an hour to wait for our train as we had tickets for the 17:40 train only. A member of the station staff took pity on us and tried to have us transferred to an earlier train. He was unsuccessful but we were grateful for his kindness. 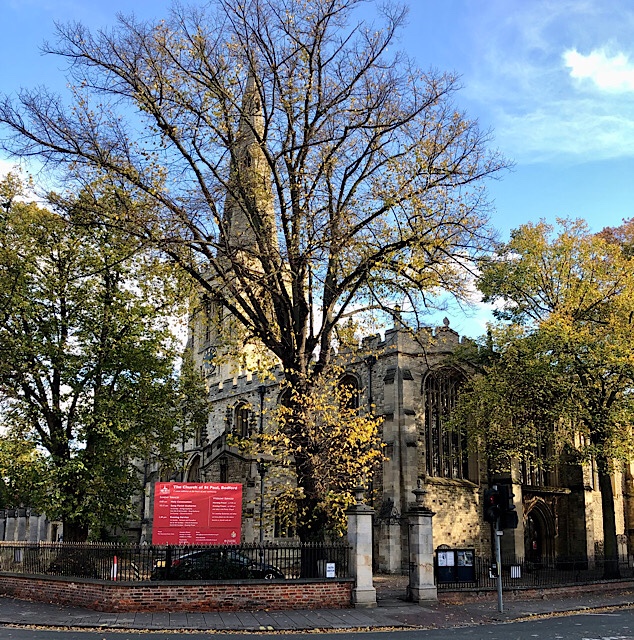 While I would not describe Bedford as a handsome town, it has a few buildings of beauty and/or interest. I snapped the above and the following two more or less at random on our passage through the streets on our way to the station. 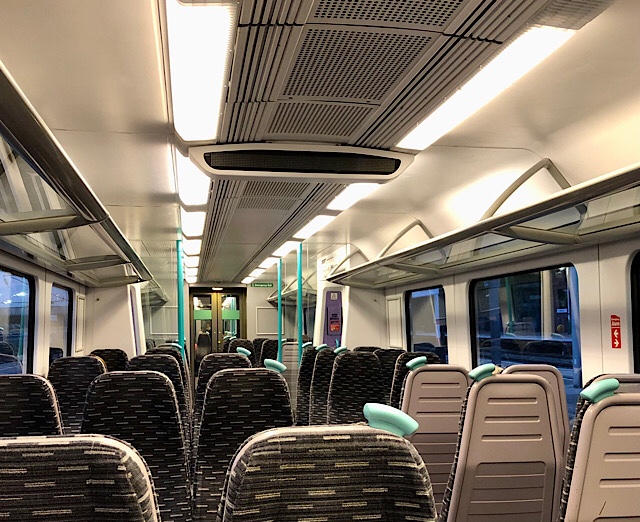 The train arrived at last and we went aboard.

Sunset from the train
Photo by Tigger

Tigger took this photo of the sunset through the train window.

The train stopped only twice en route (at Luton and Luton Parkway for the airport, if you are interested!) and we were soon pulling into St Pancras. It was Tigger who first noticed the anomaly.

The anomaly was that our train arrived at the upper level of St Pancras instead of the “downstairs” lower level from which we had departed. Not that it mattered: one level is as good as another in your home station!

At the bus stop, it seemed that we had 17 minutes to wait for our bus but, just as we were resigning ourselves to this, a 214 turned up! It was crowded but we were lucky enough to find seats after the next stop. Within minutes we reached our home destination, bringing today’s expedition to a conclusion.