This weekend the annual Open House London event in being held, when a number of buildings of normally private or of limited access throw open their doors to the general public. We decided to take a look at two places but were only 50% successful, as you will see…

We took the bus to deepest Hackney where we intended to visit the famous Hackney Empire. This theatre was designed by the equally famous theatre architect Frank Matcham and built in 1901. At the beginning of this century a major refurbishment was undertaken, the signs of which are plainly visible from the outside.

First, we went to the main door but found it locked up. Next we crept around the side, looking for the stage door or any door that might afford entry. None was to be found. Eventually, we discovered a notice. This informed us that the theatre had been participating in the Open House event but only until 1pm. We had missed our opportunity!

Disappointed but undaunted, we went down to road to our next destination. 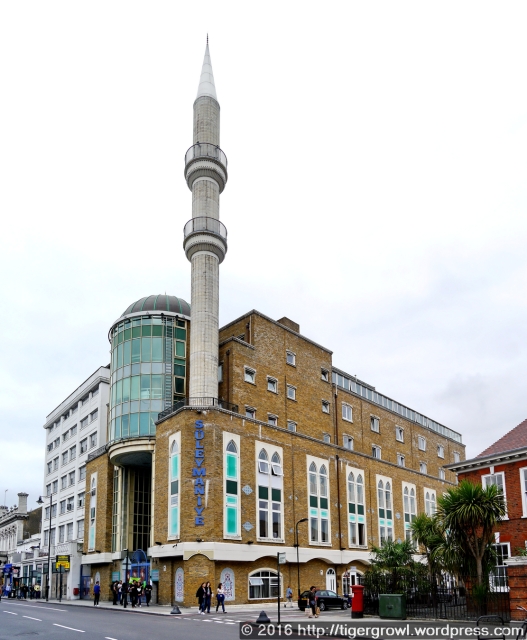 In Kingsland Road, on a corner with Laburnum Street, stands the Süleymaniye Mosque and this time we were in luck: it was open and receiving visitors!

The Süleymaniye Mosque is one of the two mosques serving the Turkish Community of East London, the other being the Aziziye Mosque – see A stroll along Ermine Street. The Süleimaniye Mosque was designed by Osman Şahan to reflect the Ottoman style and, as you will see, includes a lot of beautiful İznik tile work made by the Guven Cini factory in Turkey. The mosque was funded by the UK Turkish Islamic Cultural Centre and opened in October 1999. It comprises many parts serving various functions though we saw just the central part.

The visit was by guided tour. As we entered we removed our shoes as is usual in mosques and were then directed to a waiting area on the first floor where our guide later joined us. During the tour we were shown the main prayer room, which is used by men only, and the upper smaller prayer room for women. Below are  photos I took. Some of these are wide-angle (stitched) pictures so you need to click on them to see their larger versions. The first 8 were taken in the main room, the last one in the upper room for women. 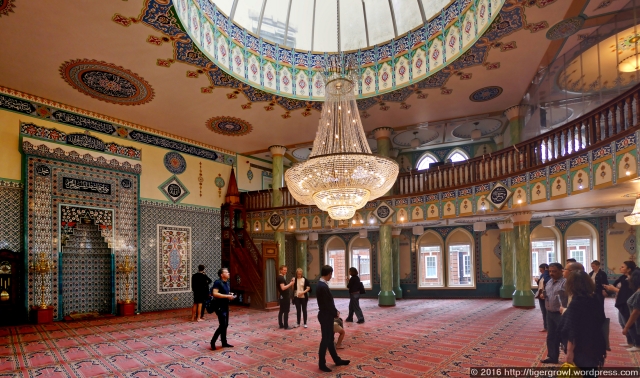 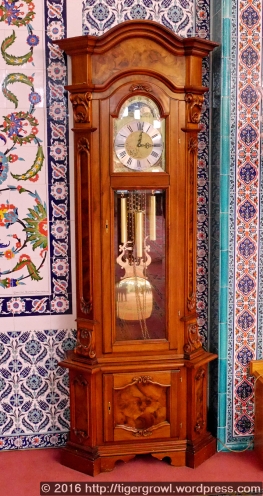 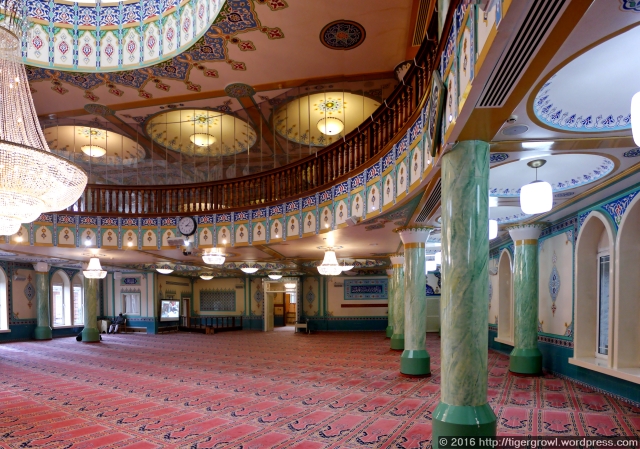 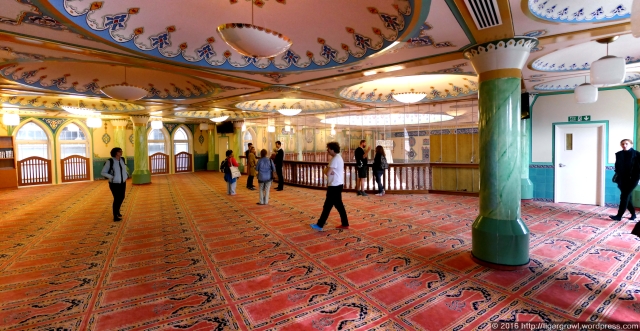 I am not religious but I can appreciate the beauty of buildings created for religious purposes and also the historical and cultural value of such buildings. The Süleimaniye Mosque is certainly a beautiful building and the community can feel proud of it. Its value, I believe, though belonging first and foremost to the Turkish Muslim community, goes beyond that to the wider community and culture. Throughout its history, Britain has received immigrants, sometimes in a trickle, sometimes in sudden waves, and our culture has been leavened and enriched by the incoming cultures. The Süleimaniye Mosque is Turkish but it is also British and is now part of our joint culture, to be respected and enjoyed by us all.

I live in Islington with my partner, "Tigger". I blog about our life and our travels, using my own photos for illustration.
View all posts by SilverTiger →
This entry was posted in Out and About and tagged Hackney, Hackney Empire, Süleymaniye Mosque. Bookmark the permalink.