Posted on September 6, 2021 by SilverTiger

After tea and a rest, we went for our next activity.

We waited for a bus opposite the end of the Old High Street, now labelled as the Creative Quarter. 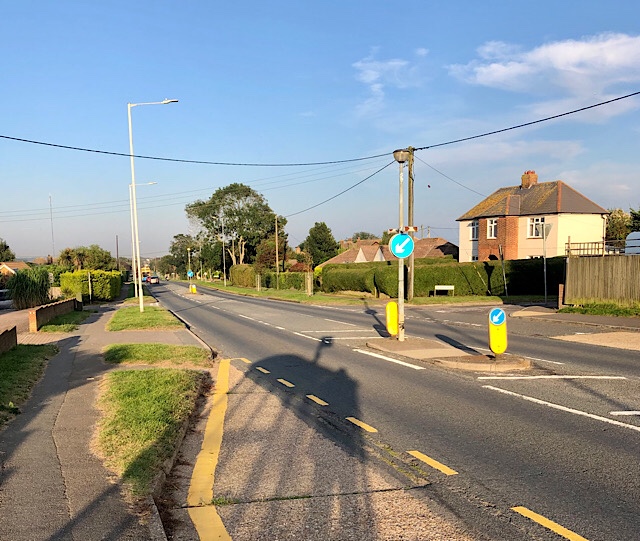 We left the bus at the top of a hill at a village called Capel le Ferne.

Capel le Ferne is where the Memorial to the Battle of Britain is sited. Although it was past closing time, the gate to the site was not locked so we went in.

There were some aircraft on show and I photographed these two, a Spitfire (foreground) and a Hurricane.

A view along the coast

From up here there were good views along the coast.

We caught a bus back by the way we had come but stayed on when it reached Folkestone.

The Beach at Sandgate

We left the bus on the coast at Sandgate. The light was fading by now, making colourful views of sky and sea.

We walked along Sandgate High Street until we found somewhere to have a drink.

We found the Ship Inn and ordered coffee. This is the first time I have been inside a pub since the onset of the pandemic.

Evening on the beach

Afterwards, we went down to the beach and found a bench where we ate a picnic supper. 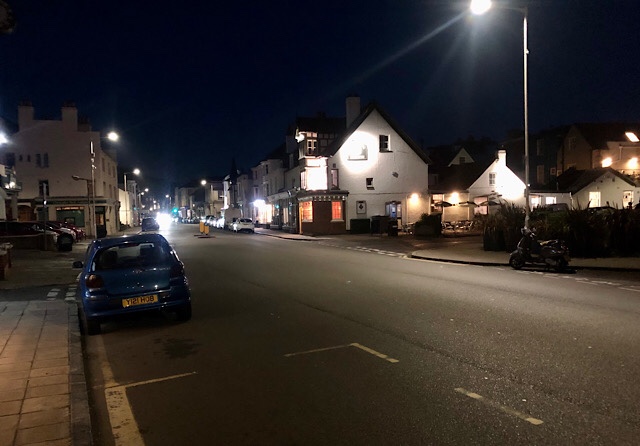 We then went to the nearby bus stop to catch a bus back to Folkestone. We waited a very long time. In seems that, for whatever reason, the buses here are always late, sometimes very late. I had begun to think that the bus had been cancelled by the time it finally hove in view.

The bus hove in view
Photo by Tigger

It arrived at last and took us back to Folkestone and the hotel. Here we made tea and had another little snack (and why not? 🙂 ). Tomorrow is another day and we will find ways to fill it.