At around 4:30 pm, we felt that we were ready for lunch and set out to see what was on offer. It turned out to be that awkward time when cafes were closing and restaurants were not yet open.

We eventually found ourselves in Brighton Place and in front of a pub called the Druid’s Head. The menu posted beside the door included beer battered halloumi with chips and mushy peas.

Inside the Druid’s Head

That was enough to tempt us in and we easily found a table (number 17, if you wish to know!). We ordered our food and a pot of tea for two. 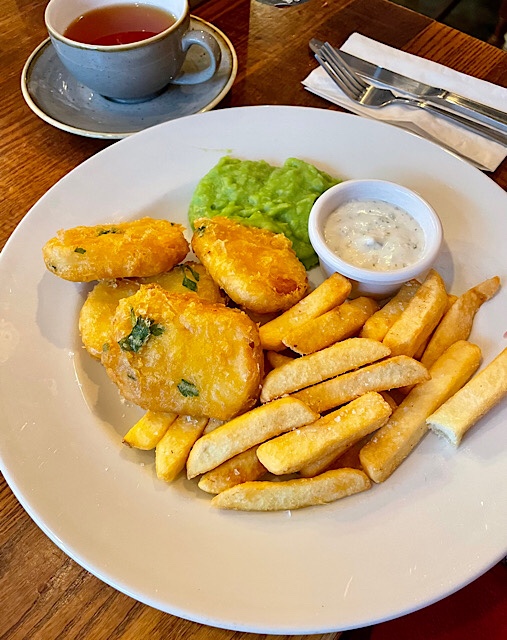 It is served with a little bowl of tartare sauce and you can have garden peas instead of mushy peas, if you prefer.

Afterwards, we went for a stroll, passing, among other landmarks, the 18th-century Chapel Royal, once a prominent church because of its connections with the Prince Regent and his set. 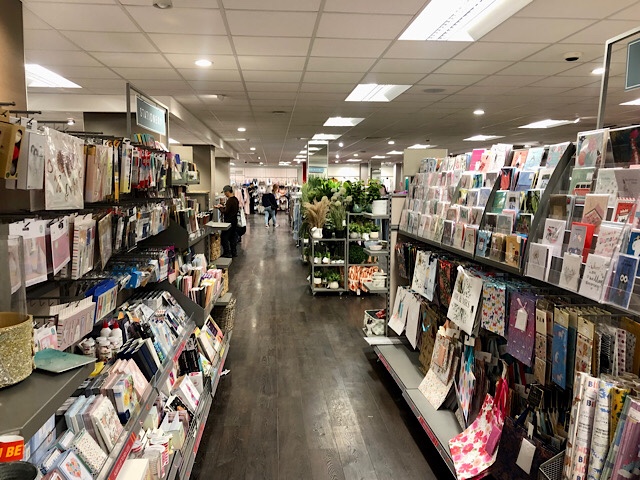 Finding ourselves in North Street, we went into the branch of TK-Maxx there to make a necessary purchase. I mentioned that the hotel does not provide towels. It also does not provide a bath mat for when you step out of the shower. We therefore sought to provide our own. Rather than buy an expensive bath map, we bought a £3 towel that we can use at home as a hand-towel.

We may have escaped Sainsbury’s yesterday but it caught up with us today: we went to a Sainsbury’s Local to buy some items for tonight’s supper.

Continuing on, we passed the imposing Holy Trinity Church. Built in the early 19th century (consecrated in 1816), it finally closed as a church in 1984, taking on other roles, latterly that of art gallery. 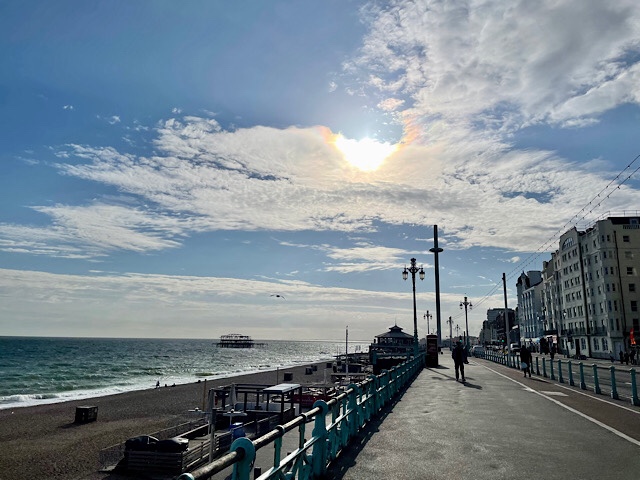 The sun shining between clouds
Photo by Tigger

The rain clouds had disappeared and the sun shone on and off between white clouds. I hope this is an omen of better weather to come. 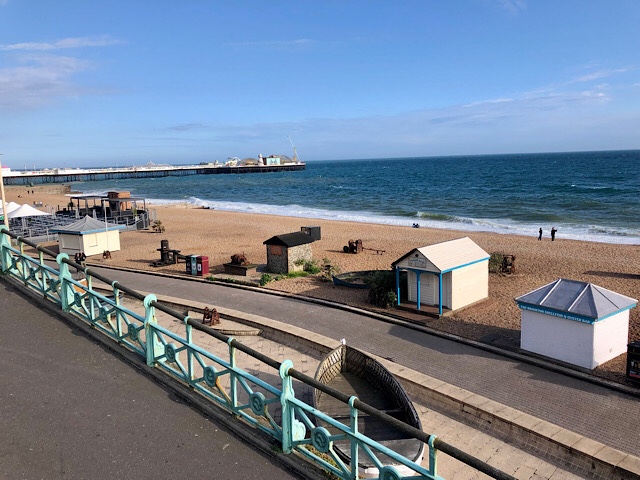 Sunshine on the beach

This view along the beach to the Palace Pier looked a lot more cheerful than the similar view I had photographed earlier in the day. There was, though, quite a strong breeze blowing, enough to put one’s hat in danger of flying away.

We now turned for home (if a temporary lodging can be called “home”), where we shall probably stay till tomorrow. Tigger has said something about photographing the sunset and if ever we do go out again I shall duly note it here.