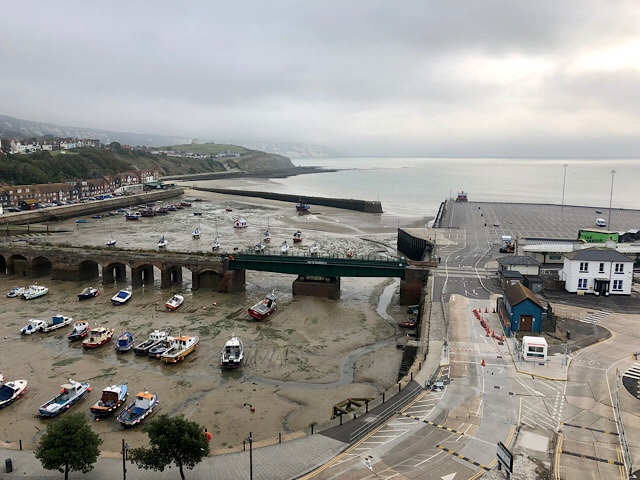 This was the view from the hotel window today at 8 am, indicating another cloudy day in prospect. Later today we catch the 16:13 train for London, bringing our short stay in Folkestone to an end.

A relative is coming to pick us up in his car so, having readied ourselves and packed our cases, we settled at the window. I shall miss this fine view of the harbour and the sea. 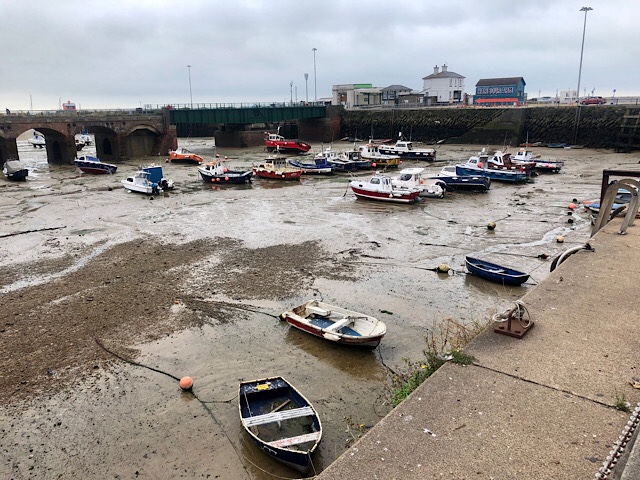 Later we went outside to wait where I took a souvenir shot of the inner harbour.

We put our baggage in the car and then went to take a look at what is known as Martello Tower No 3. 74 such towers were built to protect the SE coast in the early 1800s. Manned by 25 men, each had a roof-top cannon, with a range of one mile. Happily, they never needed to show their mettle as Napoleon abandoned his plan to invade Britain. 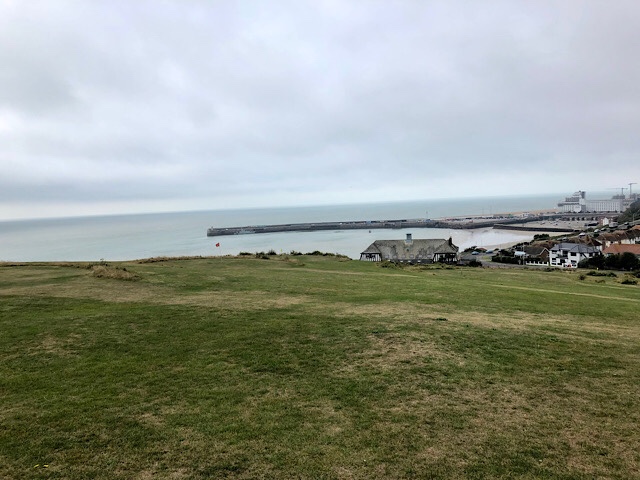 Views of sea and coast

As you would expect, there are fine views of the sea and coast from the tower.

We encountered this piece of Creative Folkestone, entitled Siren. Inevitably, perhaps, it was being used as a shelter by a rough sleeper.

We returned to town for a late breakfast or brunch at the Captain’s Table.

The Outer Harbour and our hotel

Afterwards, we went for a stroll round the harbour. This is a view of the outer harbour with our hotel, the Grand Burstin, in the background. 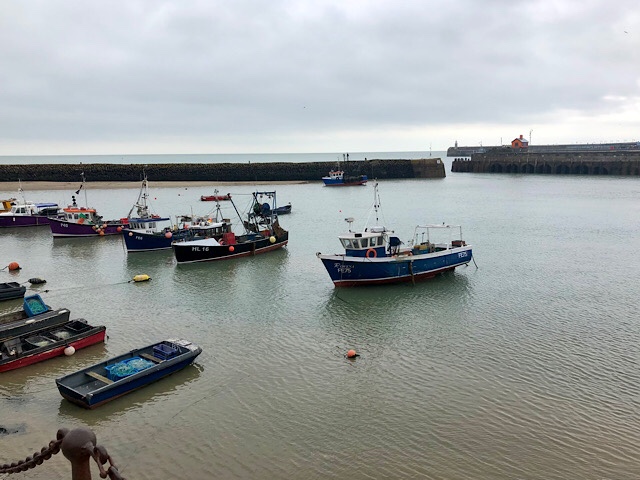 The Harbour, looking towards the entrance

The tide was coming in though the harbour was only half-full of water. That was enough to allow a small vessel to enter and tie up. 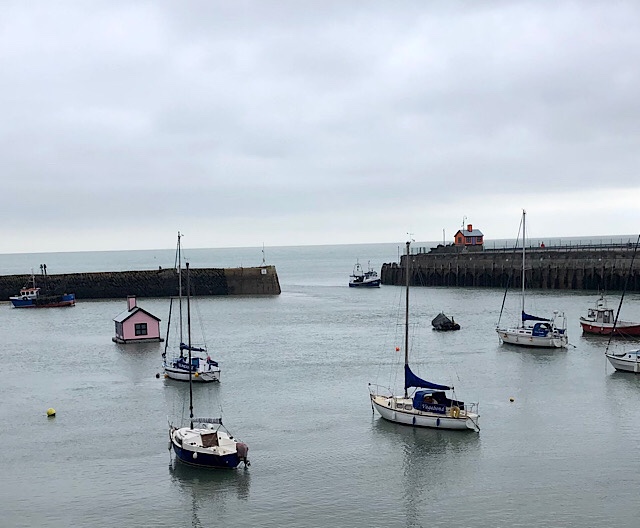 You can perhaps see that vessel in the centre of the picture. 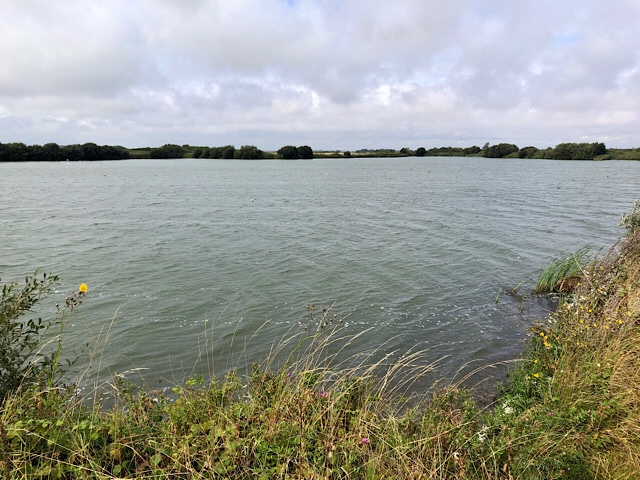 We then went on a fairly long drive to a place called Lade Pits. Originally a military site and then a gravel quarry, the area is now part of the RSPB’s Dungeness Nature Reserve.

Ripples on the lake

I watched the ripples blown across the surface of the lake by the stiff breeze. There was plenty of bird activity but no humans. My kind of place! 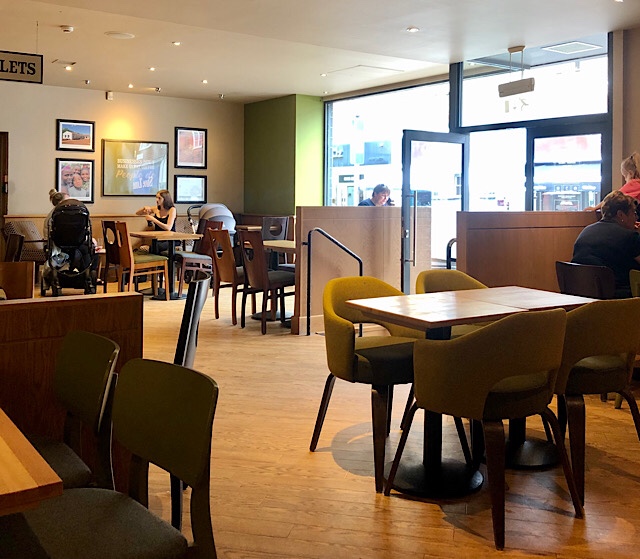 When we arrived back in Folkestone, we had a couple of hours to spare before our train so we went to Costa and had a lunch of coffee and toasties. 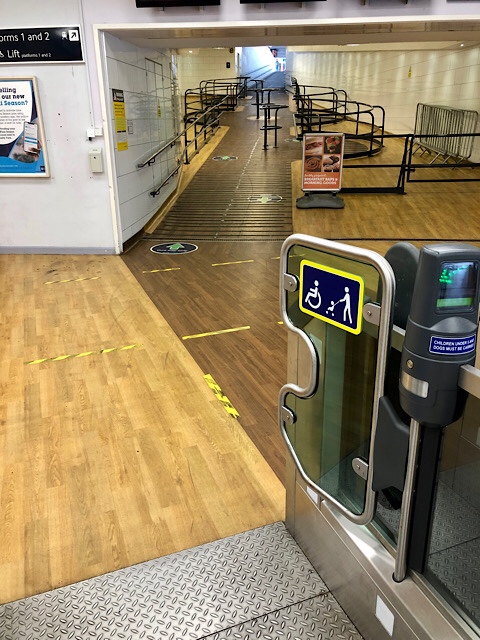 We were driven to the station where we passed through the ticket barrier and found ourselves confronting the long, steep slope to the platform that I mentioned previously. This time, we cheated: we took the lift!

On reaching the platform, we found a pair of gulls, an adult and a juvenile. The juvenile was begging to be fed but the adult took no notice. This story reappears every year: when the young are old enough to fend for themselves, the parents stop feeding them. It takes a while for the juveniles to accept this and they go about begging fir food from from any adult, emitting a plaintiff “Seep! Seep!” call. The adults ignore them and the juveniles eventually start finding food for themselves. 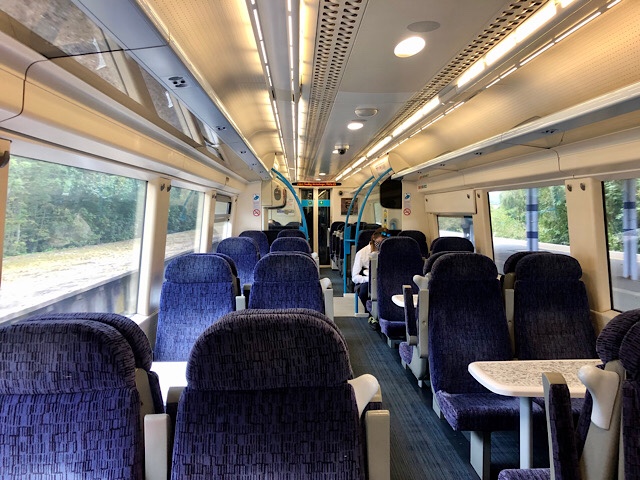 Our train arrived and we went aboard. It’s not an HS1 but one of those badly designed trains with inadequate provision for baggage.

Our solution is to find a table with four seats and put our baggage on one pair of seats. This has the added advantage of maintaining social distancing by stopping anyone else sitting there.

An escalator at London Bridge

Our ticket took us only to London Bridge where we left the train and made our way through bustling crowds to the bus stop.

We caught a 43 bus back to the Angel and thus ended our Folkestone adventure for now.