By the time we had come home, put away the shopping and enjoyed a little rest, the hands of the clock were edging towards lunchtime. They were also approaching the hour when Myddelton’s deli closes. (They close early on Sundays.)

Tigger therefore proposed that we go out now and lunch later. As a sweetener, she added that we could have “a little something” at the deli. Agreed by a majority of two!

The weather forecast indicated the possibility of rain later. As the photo shows, a bank of dark cloud was swiftly gobbling up the blue and white sky of earlier in an ominous fashion. 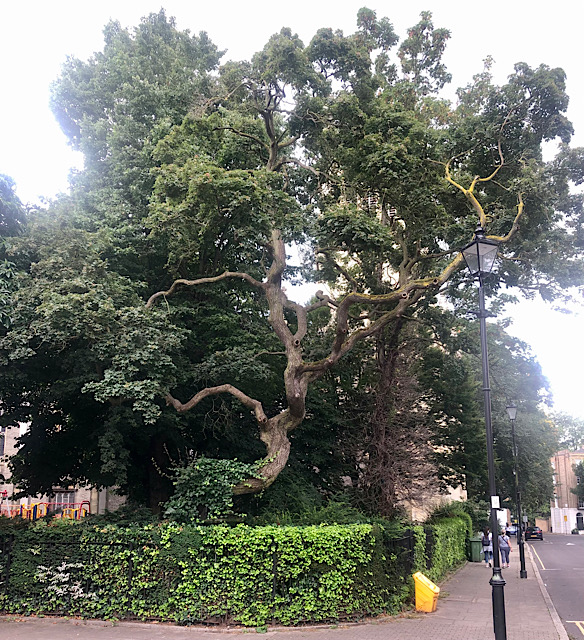 We nonetheless took the traditional turn around Myddelton Square, on the lookout, as always, for the two cats who live there. While we were doing so, I took a photo of what I think of as my arboreal friend, the Curvaceous Tree. 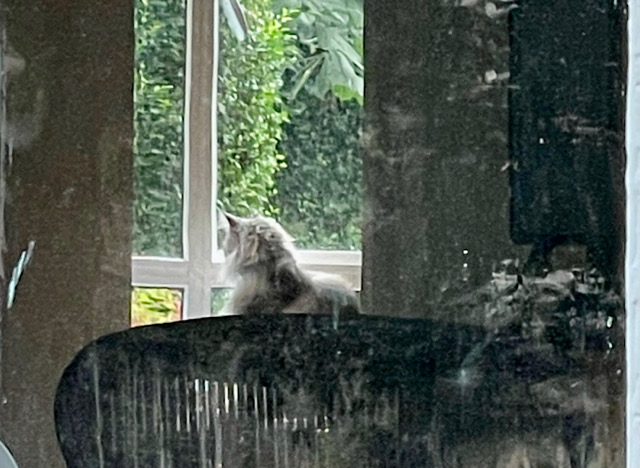 Tigger’s sharper eyes detected a cat in the depths of the room and she managed to take a photo of it. Cat score = 1. 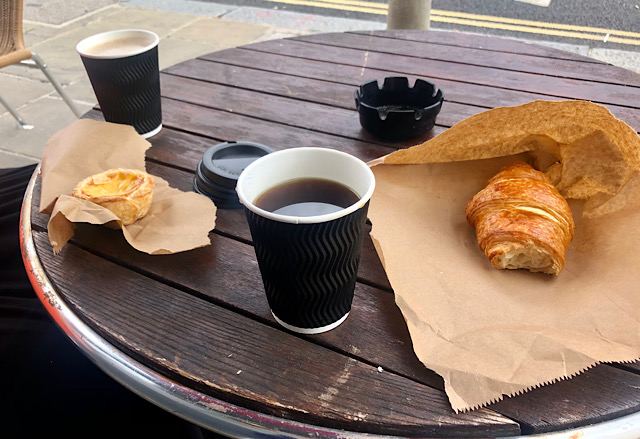 At Myddelton’s deli, we bought our usual coffees and the proposed “little something”, to wit, a croissant for me and a Portuguese custard tart for Tigger. Note the fine and elegant tableware! 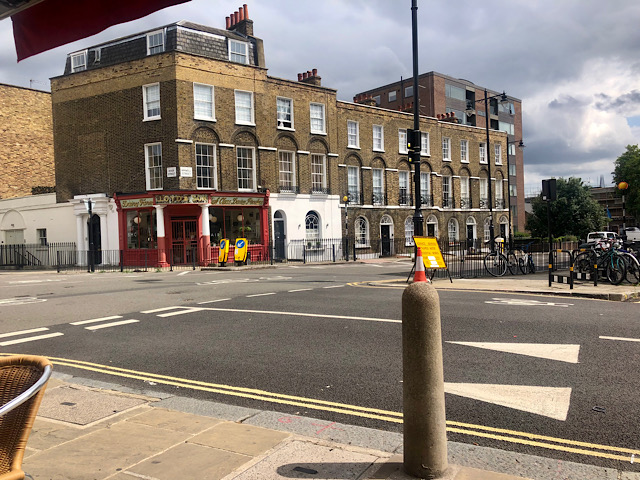 The sun came out

Suddenly, seemingly against the odds, the sun came out. This brightened both the environment and our spirits, so that we now hurried along to Myddelton Square Gardens to chance our luck with the squirrels. As usual, I occupied the pigeons in the hope of leaving the terrain clear for Tigger and the squirrels.

I was soon engulfed in pigeons. They have tipped the wink to one another and all of them now seem ready to perch on my hands and knees in hope of titbits. As usual, though, I concentrated on the lame ones.

Feeding one of the lame pigeons
Photo by Tigger

After a while, the promise of the weather forecast was borne out and it began to rain. So we shut up shop, euphemistically speaking, and made for home.

It occurred to me that I have begun to embody the role of the protagonist in my short story Pigeons. Ought I to be alarmed by this, I wonder? Whether I ought or not, for now, the idea just amuses me!